Subscribe to Beyond SOF Available Training posts by Email

What we offer is advanced combatives to Military Police Agencies.
Where I am near Toronto there are alot of people teaching MMA style of fighting to anyone who wanders in off the street.
We do not teach the general public or civilian security guards etc. 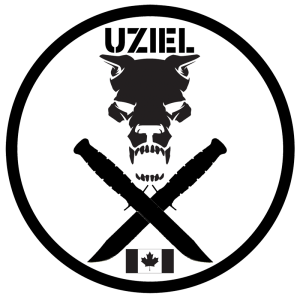 In 2011 I taught “train the trainer” courses to some of the largest Police Forces in Canada and I have 4  contracts coming up in Jan, Feb to certify Police Instructors under different components in our system.
The approach we take is a scientific one for fighting. We teach Military classes the fastest way to bleed out an Attacker and how to access these areas in a fight using edged weapons, and for Police how to break bones without the guess work. I was asked to teach Military CQC Instructors back in the fall including their NCO’s and our program was very well received.This got us invited to other other Canadian Milit Bases for contracts in 2012.

We do teach arrest/control but we focus on 99% CQB training and surviving a critical incident.
Our stuff is not nice but it is effective, and uses gross motor skills.
Our orient our courses for worse case scenarios unlike most other companies here. This weekend I am teaching a course which will have a section on tactics when your gun is out as in a high-risk entry, or warrant and you are attacked. Myself and all my Instructorsare certified handgun Instructors with the Police or Military so we teach all the field of fire problems in conjunct with combatives.  Many criminals around here take MMA training so we teach Soldiers and Cops how to counter popular UFC tactics should theyencounter a trained criminal. This is more to do with your background in the SF… but we have shown many PowerPoint videos of Terrorist receiving training at camps abroad to our clients. The only good thing is that the training I have seen from these camp videos is garbage and becomes very overrated and exaggerated  when news agencies show it to a civilian audience.

We cover a “four pronged” approach to combatives in that we cover Carbine, Pistol, Knife, and finally unarmed/H2H.  What has gained us loyal clients is that we do not post videos on YouTube or breakdown our tactics on websites.We have had SWAT personnel on our last 14 courses and they are a very critical bunch of guys, so if  they didn’t like what we were teaching everyone around here would know about it.  In a nut shell what we are doing is “combatives” vs self defense or defensive tactics. There is nothing defensive in our entire program. Our gun retention component is nasty and designed to completely take control and inflict maximum pain on criminals attempting to disarm a Cop.
My system is not some secret Ninja system, it’s simply based on  in depth teachings of how the human body works from a bio-mechanical standpoint
and the quickest way to put your enemies brain into chaos or shut it down. The term we use for our tactics is learning to “fight in a phone booth.”
Your back up is 5 mins out, you have no space, and your Attacker is intent on killing you.

We also will do Agency  specific training where the client wants certain areas covered or their own Instructors trained.

Please register as Company to be able to access this Candidate's profile or email us frontdesk@beyondsof.com.

Please contact us for now if you need to.

Basic: Post your positions thru our Candidate searchable "Position Builder" which includes your company contact information. With over 10,000 views a month, this maximizes your position requirement exposure to not only our highly qualified candidates but the entire SOF community and beyond. Initial posting exposure reaches an average of 40,000 people in the DoD, and Inter Agency with the highest exposure being over 70,000 and growing.

Premium Service: This service includes posting your positions and having BEYOND SOF staff assists in the vetting and selection process. This also includes a 30 day early termination refund or 90 day replacement. We tailor a service agreement that aligns with your business model and company strategy. Contact us frontdesk@beyondsof.com

Working with BEYOND SOF allows you access to our selective network of both US and International clients. Our focus is primarily new contract opportunities to formulate new enduring forms of revenue for our clients. Contact us to learn more at frontdesk@beyondsof.com

For companies looking to streamline systems, better enable their human capital, expand ROI, buy small companies with niche capabilities that enhance overall strategy, or sell of divisions that will enable focusing on new directions. Contact us at frontdesk@beyondsof.com

We start with finding the funding first, then tailoring the solution within those constraints/enablers to offer the full turn-key solution. Let us move your product/service in both CONUS and International arenas...frontdesk@beyondsof.com